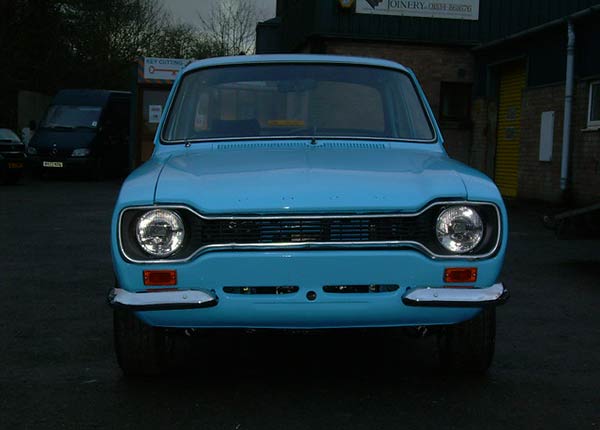 This car started off as a low mileage standard Escort stored away for 20 years. It was then found and purchased with a view to restoring it. The car was stripped by its new owner who began the work of restoring the shell. Time was hard to find so progress was slow. We were then contacted to see if we could speed up the process and eventually the car was transported to us. The shell was completely stripped and all items sent back to the owner. Any rotten areas were cut out and all under-seal and sealants removed. The shell was then sand-blasted and painted with a zinc rich primer. The remaining panel work was then completed to put the shell in good order. The car was going to the owner’s son and as it was not an original Mexico it was to be a budget build and re-spray. The mechanical re-build was also budget so a lot of second-hand parts have been fitted. We have carried out all the difficult work, including glazing, headlining, electrics and brakes, leaving the easier jobs for the owner to complete. The car has now been collected by the owner and I hope to see it finished soon.