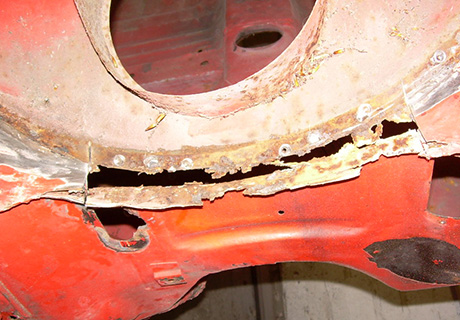 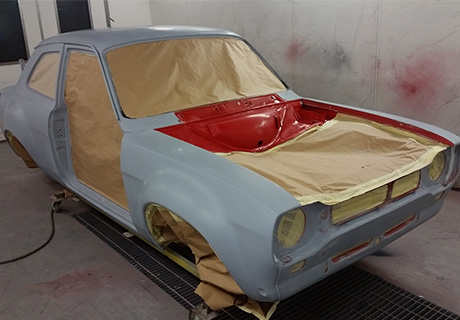 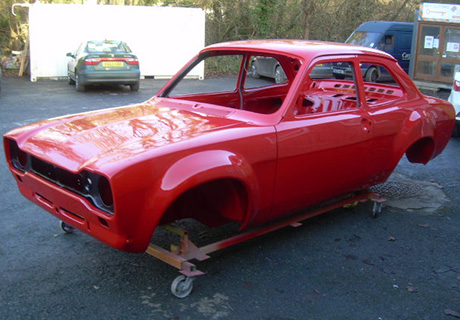 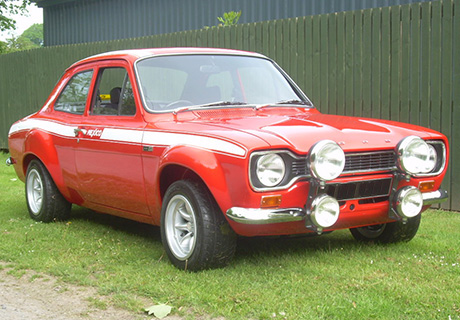 We got a call one day…. “Where are you”, “In Narberth, in town” I said. “I cant find you! he replied. So we went to rescue the owner who then arrived at our unit. He had just bought this escort that had previously been restored in Ireland. On closer inspection, All was not well.. We were then tasked a full strip and inspection which then resulted in a massive restoration and total rebuild. This car had been built with cowboy screws and silicone!!  We set towards stripping the car and the first major job was to sort the body shell out.

The brief was to rebuild a 71 Mexico Replica in Red. Include steel bubble arches, a tuned Mexico engine on twin 45 Webbers, close ratio 5 speed box, limited slip, uptested suspension and of course 4 spots! We hope you like the build!