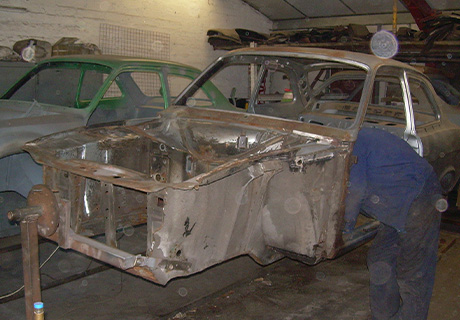 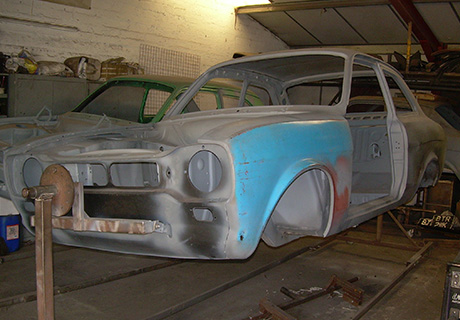 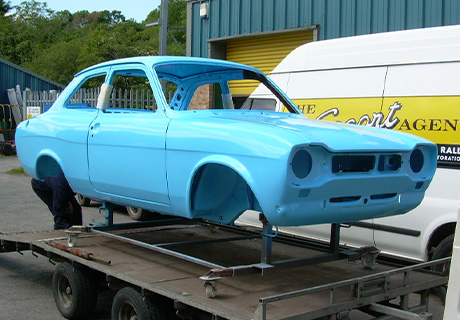 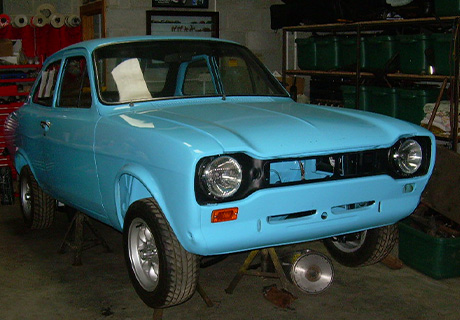 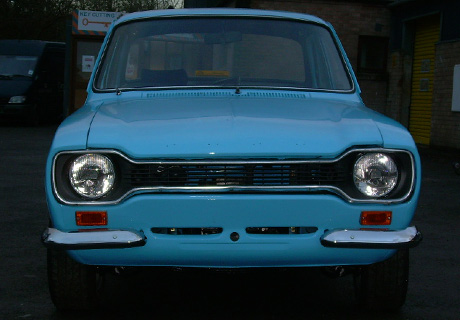 This car had been locked away in dry storage since 1979 after the origional and first owner sadly passed away. His son inherited the car and whilst being a student left the car in long term storage, so that when the time and funds became available he could realise his dream car. 30 years later the garage door was opened! The car was moved to our workshop and carefully stripped, parts bagged and labelled until only the shell was left. At this point we removed the boot, bonnet and doors and put them aside for re-use. We then set about removing all rot and rusted panel work. The shell was then fitted onto a 360 spit and the task of removing all under-seal and sealants began. This revealed a really good shell for 36 years old. We have started to repair all damaged and affected areas including front floors, sills, strut-tops, wings and front panel. When structurally repaired the shell will sand-blasted and given two coats of a zinc rich primer before all other repairs and panel work is completed. The shell will then go to the body shop to have all repairs carried out before being re-painted in two-pack Olympic blue. The mechanical re-build and upgrade is still to be finalised but first we must complete the painting of the shell.