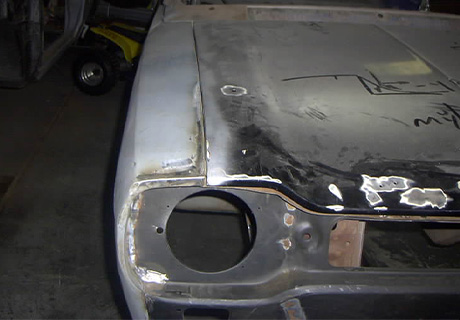 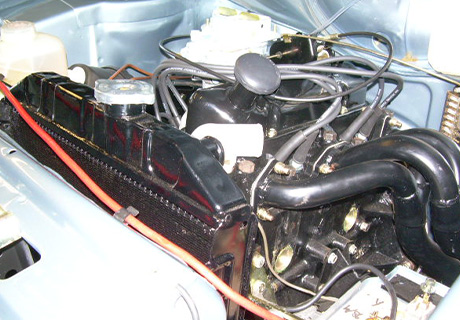 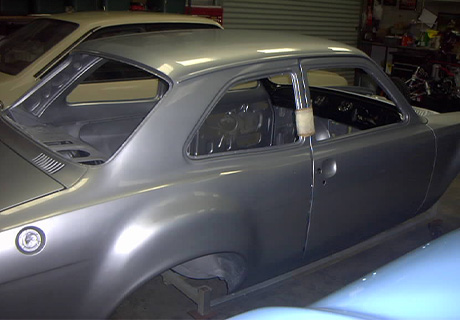 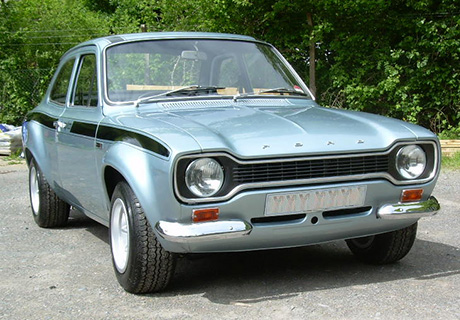 This is a very rare car, in the unusual factory colour, Stardust silver which has a hint of blue.

This car is currently undergoing total restoration. The body shell has been totally stripped of all sealants, sand-blasted and re-panelled, including the the fitting of steel works bubble arches. Once repaired the shell was then acid dipped and e-coated to prevent further deterioration. We approached a local bodyshop who were pleased to carry out the work in 4 to 6 weeks. He told us he was really good and was quick with filler work due to his vast experience. However, January 1st was 8 weeks away so we agreed that he could have a couple more weeks over Christmas to complete the work. Unfortunately it was not ready and it was then promised for 21st January. No problem, we waited but it was still not ready. 3 months, 4 months, 6 months went by and nearly ready just a little more to do. ,8 months later and numerous calls the shell still not finished. Eventually after 10 months and countless phone calls we collected the car finished, paid in full for the work and took the shell to our workshop.p> On closer inspection we found numerous faults . We contacted the painter who was ‘quote’, ‘proud of his work’. He agreed to call over and rectify all faults. Some token faults were rectified and he told us that he was ‘quote ‘a victim of his own success’ and thats why things were taking longer to complete. After 10 weeks of promises to rectify the work with nothing happening, we decided that we would take the car to a competent bodyshop. We have now had the complete shell stripped, re-prepared and completely re-painted by another body-shop. This took 4 weeks but has transformed the car and is now to our usual high standard. The shell is finished in Ford Stardust silver having re-sealed all joints, coated the underside with quality stone-chip and two-pack painted with base coat and lacquer. The shell preparation and paint work is to a very high standard.

All mechanical parts have been stripped, powder-coated gloss black and rebuilt to Ford OE standard. The only modifications is the fitment of poly-bushes, uprated shock absorbers and an LSD. The 1700 cc engine has been professionally rebuilt with fast road cam, modified head, lightened and balanced, Janspeed 4 branch manifold and twin box exhaust system. The interior benefits from re-trimmed Beta cloth contour seats with all new upholstery, door and window seals, carpets and all soft trims. The car is fitted with 8″ Minilite star spec wheels, re-chromed bumpers, new badges and bright-work. It has just been featured in Classic Ford Magazine, October 2011. This car is stunning!